↓
Home→Blog→Corporate Governance: The Magic of Using Debt and Equity 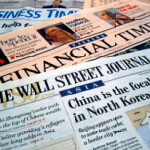 Paul A. Zaman (MBA, MSC) shares insights on the importance of a company choosing the right capital structure to enhance shareholder value

… the alchemy of debt and equity.

One of the key ways for a company, small or big to improve long term shareholder value is by having the appropriate mix of debt and equity and making good investment choices. Even a seasoned executive director often misunderstands this aspect. Lets first explore the history of equity and debt.

The Dutch started joint stock companies, which let shareholders invest in business ventures and get a share of their profits. In 1602, the Dutch East India Company issued the first shares on the Amsterdam Stock Exchange. It was
the first company to issue stocks and bonds. This was a massive investment aimed at building the biggest merchant fleet to break the monopoly the Portuguese held. At its peak the company paid a dividend of 40% and had 50,000 employees
worldwide, trading from Europe, Peru, China, Japan and Batavia. In 1798,
after 196 years it failed financially due to funding its army and fighting wars
with other countries to protect its business franchise. Other stock exchanges were set up after the Amsterdam exchange such as London in 1697, New York 1817,
Bendigo in Australia 1860 and Bombay in India 1875, which is the oldest in Asia.

The history of debt, that is money lending goes back to Biblical times. The ascent of Christianity in Rome meant that interest was usury and so immoral. This created the opportunity for others to fill the space and become moneylenders. Ironically centuries later it was Pope John XII whom created the Italian–French banking system. There was a hierarchical order among banking professionals;
those who did business with heads of state to fund palaces and wars, the city exchanges for business trade, and at the bottom were the pawnshops or “ Lombards”. Most European cities today have a Lombard street where the pawnshop
was located. As merchant shipping grew in importance money lending was closely linked to the major trading ports of London, Amsterdam and Hamburg. It was in coffee shops that the investment opportunities and loans were discussed and traded, such as Jonathon’s Coffee House and Edward Lloyd’s in London In 1698. John Castiang began publishing a twice-weekly newsletter of share and commodity prices, which he sold at Jonathan’s, and which led to the formation of the London Stock Exchange. Lloyd’s shipping list led to the establishment of the famous insurance company Lloyds of London.

Most of us have experienced a bank loan or mortgage. The lender provides cash, called the principle and receives an agreed interest return and an agreed date when the principal will be repaid in full. There is no upside on the return to the lender if the borrower uses the funds and makes good profits. However if the borrower does badly then the lender risks the return of the principle. A lender is risk averse and usually secures the loan against a tangible asset, like land and property so they only loose the principle principal loan amount if the asset turns out to be inferior and not worth as much as initially expected. Usually lenders get a majority of their investment money returned.

A share investor invests by buying a company’s shares and so the company receives cash. A company in law is set-up to be eternal with an ongoing sustainable business. The investor does not therefore expect to get their investment returned unless the company decides to change its business or close down. The investor does expect to get a share of the profits each year as a dividend. Investors can also sell their shares to other individuals at a gain or a loss. Selling at a higher price means that the new buyer expects to see further increased long-term shareholder value that is increasing dividends. The down side risk, is that if the company does badly it makes losses and all the investment may be lost. In a closedown situation the tax office, lenders, employees, and suppliers get paid first and if there were any money left over this would be distributed to the shareholders. Usually shareholders loose all their invested money.

Shareholders are owners and have a long-term commitment and wish to see the company do well. Lenders wish to protect the money lent and monitor for the risk of default.

Shareholders can lose all and often do. Lenders usually can recover their principle funds by grabbing and selling a tradable asset such as property.

Therefore due to the different risk-reward profiles, the cost to the company in terms of paying ongoing dividends to an investor is higher than the cost of paying the interest on debt and repaying the principle.

Lenders will assess the credit rating by the ability to pay the interest each period without defaulting on these payments. The minimum comfort level if to have enough cash income is to cover the payment of the interest three times over. Another factor is the quality and sustainability of the cash income. If the source of the income varies widely from period to period, there is more chance that in a low-income period the business or person may default. So a Company and a person with steady income can get better credit ratings then those with volatile and uncertain income. How does a lender deal with this aspect? Simply they increase the interest rate payable so that on average across a portfolio of similar credit risk some default others pay. On average the portfolio of loans delivers the yield the lender wants. Throughout the history of stock trading, the focus has been on dividend payments. It has only been in recent years a prolonged focus upon trading for capital gains. There have
been some speculative periods, where investors focussed just on capital gains from shares that had the promise of delivering great wealth in the future. Such as the Compagnie du Mississippi and the South Sea Company, both merchant-shipping lines which traded on multiples of around 100 Price/sales and over a year the investment gain was ten fold. The crash of these companies triggered
London, Paris and Amsterdam market collapses in September 1720. More recently the stock market crash of October 24th 1929, known as Black Thursday was when the Dow Jones Industrial average dropped 50%. It also was a global stock market effect. The succeeding-years saw the Dow Jones drop-a-total of over 85%. This event preceded the great depression.

Bringing this together with some everyday examples. Debt costs less than equity so depending upon the quality of income and level of income, the most wealth is created by having the right mix of debt and equity. If you invest in property, a high quality house in a high quality area will yield stable rent and stable capital appreciation – you can afford and will be able to get higher gearing that is more debt. A low quality house in a low quality area is likely to have a volatile rent profile and large cyclic changes in its capital value – you may be unable to get much debt unless there is additional external income guarantees. For instance retail banks in Melbourne, Australia in the last few years changed their mortgage policy from lending 80% to only 60% of City centre property valuation to protect themselves from downside asset revaluation. For instance, traditionally the listed public utility companies such as telephone, electricity, water and gas generated steady income and offered steady high dividends and modest capital growth. Whereas a high technology company paid no dividend and instead offered the promise of fast increasing growth giving income in the future and future dividends. The privatisation and deregulation of the telecommunication sector meant that new players using new technology competed against utility telecommunication companies. The sector became overnight “high technology” which resulted in disastrous decisions. Many of these companies core business are once more behaving like utilities.

Returning to the executive director, one indicator of the long term health and wealth of a company can be seen by simply looking at the financial statement in the annual report of a company and seeing the trend in the return on equity and
the return on assets. If it is around 9% or under and with a falling trend then the historic investment decisions made by the Board of Directors have and are continuing to destroy shareholder value. If the level is around 15% and increasing then the Board of Directors have made fantastic decisions, which create value. These figures need to be adjusted to reflect of the company is more like a utility with stable business or a high technology growth company. A
company’s share price will ebb and flow based upon market sentiment. At some time the collective equity market intelligence will understand the performance of the Board of Directors, via their historic choices of the debt & equity mix and their choices of investment opportunities. The equity market will then reward or punish the share price. Good quality companies with good governance and proven business models often deliver the best long-term investment performance.